Backlighting in product manufacturing can have a variety of uses and applications. Common examples are backlight membrane switches and keypads, which are seen in vehicles, keyboards and more. There are two primary options for backlighting displays and panels - Light Guide Film (LGF) and Light Emitting Diodes (LEDs) - and RSP is experienced in both technologies. 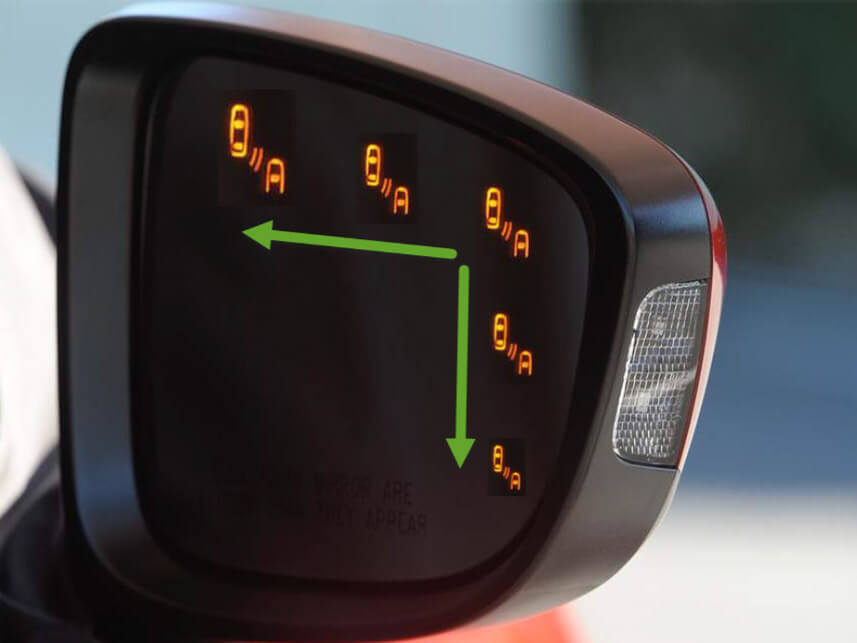 Light Guide Film (LGF) is one of the most common and flexible technologies when it comes to backlighting. LGF is a cost-effective, flexible film that can take on most shapes and sizes to light most products from within. LGF works by lights shining from sideways (side-fire LED) into the thickness of the film, which is then sent through the film until it encounters a laser etched pocket. This pocket then emits the light.

The LED light used in LGF applications can be a variety of colors, which can shine from behind a logo, keypad and more. Today it is commonly used in vehicles, hand-held devices and nameplates. This application is ideal for illuminating logos and symbols without light creeping out of the etched spaces. 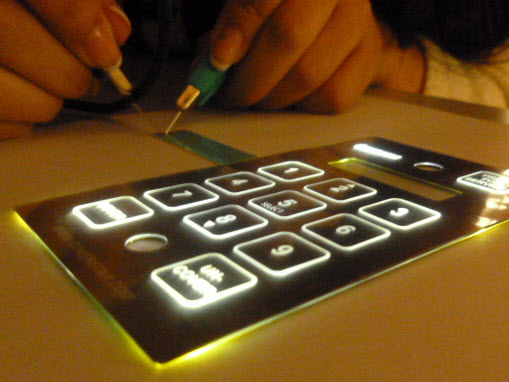 How Does LGF Work?

Traditional LED lighting can be used to act as a simple indicator light. For example, a Green LED is used as a single light indicator in the below image, whereas the “Ground Service ON” button is using LGF technology.

LED indicator lights can be used in a variety of applications in a variety of colors. This technology is typically used in similar scenarios when creative light usage is unnecessary. 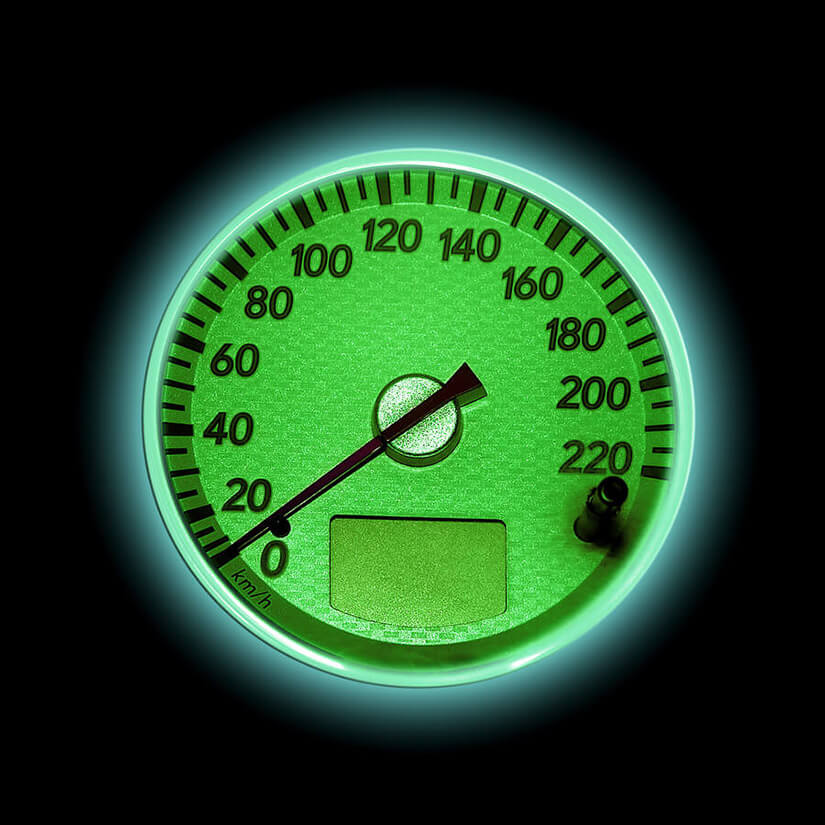 The older method for backlighting is Electroluminescent Lamps (EL). EL lamps emit light when material, usually a phosphor, or synthetic phosphorescent substance, is exposed to alternating electrical current. EL Lamps are versatile but may be best known for their use in devices such as wristwatches, clocks, electronic devices, advertising, instrument panel backlighting and even nightlights.

EL Lamps have a half-life of between 3,000 and 5,000 hours depending on the quality of the phosphor used in production and how they are powered.

RSP, Inc. has the expertise to bring a product from concept to realization.
To find out more about RSP Inc.’s EL Lamp capabilities, call 414-546-4417 or send us a message.

If you are like any of our customers, you think about your product 24/7. You dream of how it will change the market or maybe you’re creating a brand new market. But when it comes to executing the product, you’ve realized you need some help. And that’s where we come in.

Fill out the information below so we can get a good understanding of what you may need from us. We will respond as quickly as possible to your request, however, please allow at least 24 business hours.

Looking for immediate assistance? Call our sales professionals directly based on the timezone that works best for you. English speakers are available at all locations.